Fertility and the Mind-Body Connection

From embracing TCM therapies like acupuncture and moxibustion, to practising fertility yoga, there are many ways to tune into the mind and body to prepare for pregnancy.
7 Jul 2021

Like the waxing and waning of the moon, and the ebb and flow of the tides, a woman’s menstrual cycle is a constant from puberty to menopause. For most, it’s every 28 days, roughly the time between two moons.

While cycles are straightforward for most, fertility in itself can be a complex issue. Trying to get pregnant can happen in one brief encounter for some, while others spend years, or even decades waiting for an egg to become an embryo. Endometriosis, polycystic ovary syndrome, low sperm count and low sperm quality are some of the most common issues that can interfere with fertility. Even if a woman is ovulating regularly and has healthy fallopian tubes and the man has normal sperm, they may not be able to fall pregnant, which results in a diagnosis of “unexplained fertility”.

Approaches to fertility have changed considerably in the last decade or so, with more focus on mind/body techniques and assisted reproduction, or both. Identifying when we are most fertile has also evolved. In the past, women would check their cervical mucus (it resembles raw egg white at your most fertile) and track basal body temperature (ovulation may cause a slight increase in basal body temperature and you’re most fertile during the two or three days before that) to pinpoint their most fertile time. Now, apps like Period Tracker, Flo and Ovia help women seamlessly record ovulation patterns, predicting your period, ovulation and fertile window and estimating your chance of pregnancy. In a pre-app world, women jotted down their most fertile dates then seized the moment. 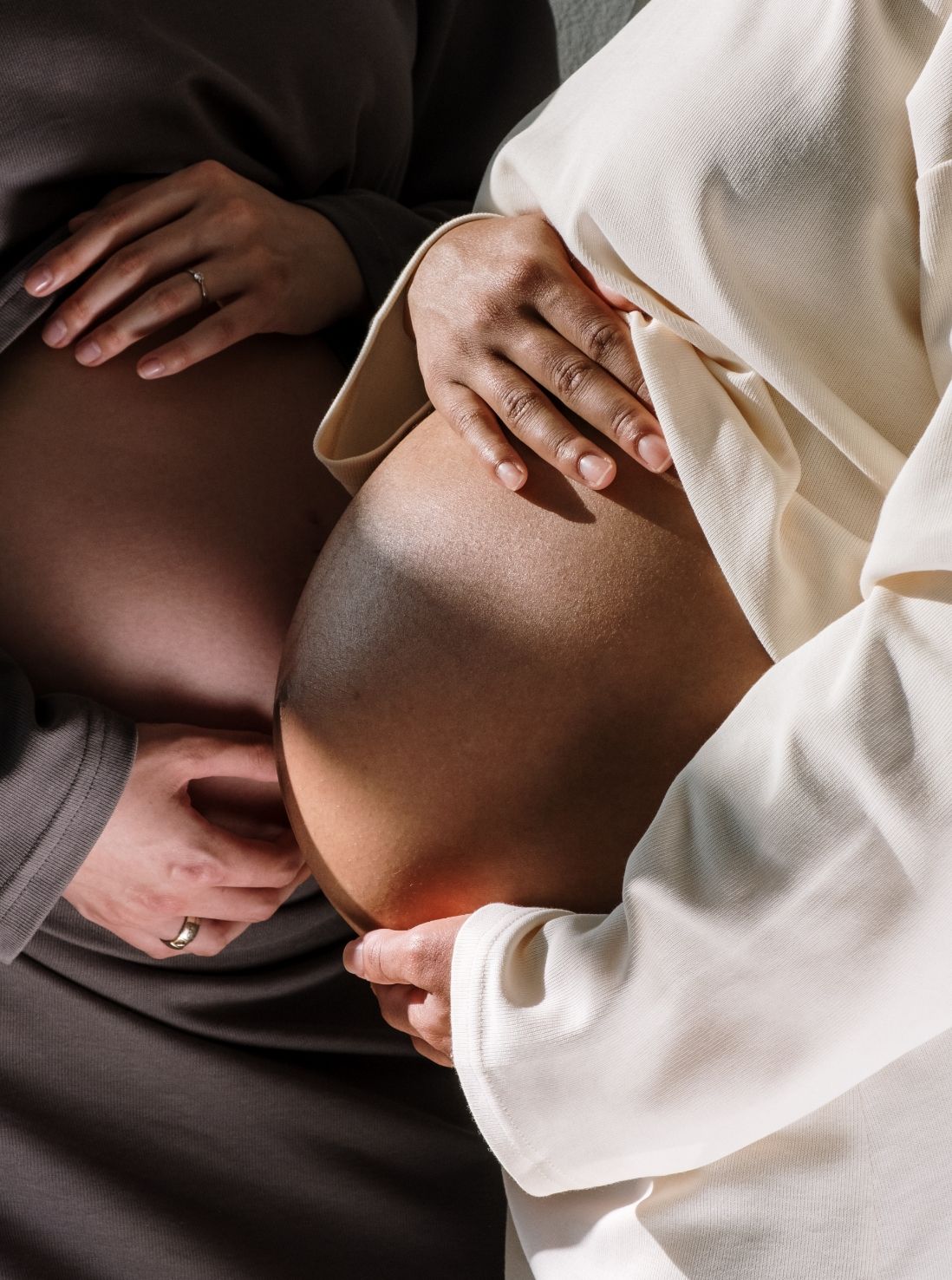 TCM practitioner Clara Chan uses acupuncture, herbs and moxibustion with clients battling fertility issues. She says Eastern and Western doctors both agree that a coldness in the uterus, and blockages in the fallopian tubes can impair fertility. They would address such problems differently, however. “If there was a blockage, Western doctors would consider operating. We would manipulate qi flow.”

There are two meridians that govern fertility, chong and ren, through which qi flows. Acupuncture can help with qi stagnation and accumulated coldness in the reproductive system. “Qi stagnation is often attributed to stress, and extreme emotions can also block your energy flow,” notes Chan. Paying attention to the liver is also key. “The liver regulates qi and blood flow more than any other organ.”

Acupuncture’s biggest benefit is it can help a patient feel calmer, Chan believes. “It’s an emotional rebalancing, and we use it to get through the whole process of expecting, prenatal, early pregnancy and even post-natal. For a lot of people, getting pregnant is such a big thing, and when they come to see a TCM doctor, they have probably exhausted a lot of other channels. Most of my clients are extremely anxious and if you’re in that frame of mind, your qi flow cannot be smooth.”

Herbal medicines, meanwhile, can help enrich the blood and target the liver, kidney and digestive system to rebalance any deficiencies, she says. “Herbal medicines help eliminate coldness in the reproductive system and warm up your whole body, especially the uterus.”

Many women use TCM in conjunction with IVF, and Chan believes Western and Eastern medicine can complement one another on the path to pregnancy; noting that some gynaecologists performing IVF also do recommend acupuncture before egg retrievals. She encourages clients to try three months of acupuncture, moxibustion and herbs to boost the reproductive system and regulate cycles. After the three months are up, she asks couples to try and get pregnant naturally for one or two months. Many experience success without having to go down the IVF route. But even if they do opt for IVF, it’s still worth embarking on three months of TCM treatment, as it helps prepare the uterus and nourish the embryo for a healthier pregnancy, says Chan. “TCM can also produce more eggs, and better quality eggs,” adds Chan. 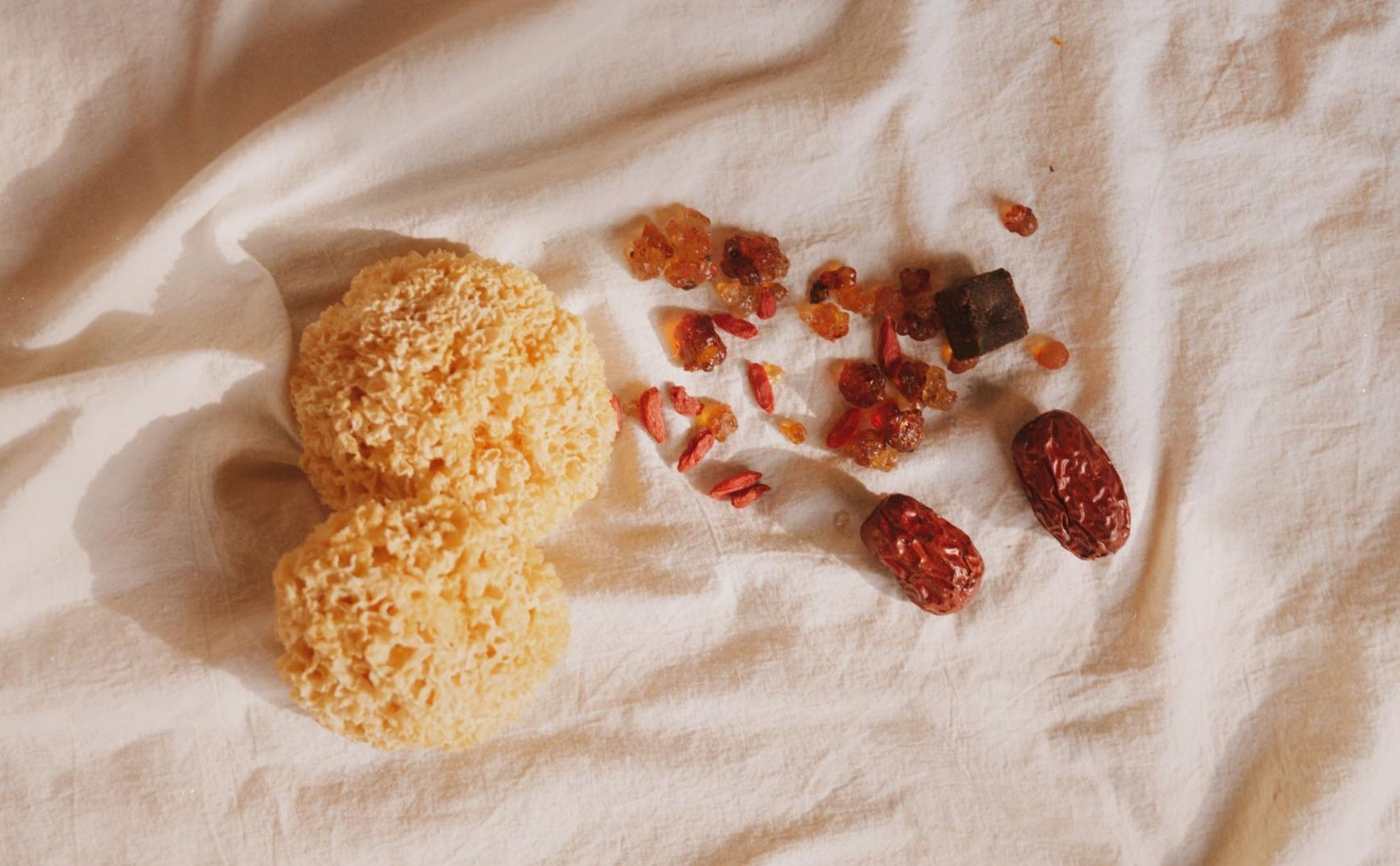 “In Western medicine, it can be very mechanistic… it’s all about getting the woman to ovulate. TCM works with your body and allows it to flourish”

Dr Susan Jamieson, founder of Integrative Medical Practice, has a foot in both Eastern and Western medicine as a certified physician and specialist in integrative & functional medicine. Echoing Chan’s experience, she notes that many of her clients use acupuncture alongside IVF. Some clients who haven’t managed to fall pregnant with IVF end up conceiving naturally after acupuncture, while others have fallen pregnant within two months of acupuncture treatment, she says.

Jamieson believes it’s always worth trying TCM for six months or so before going down a more invasive route. As for the similarities and differences between Eastern and Western approaches to fertility, she says, “In Western medicine, it can be very mechanistic… it’s all about getting the woman to ovulate. TCM works with your body and allows it to flourish.”

Yik has developed a Natural Fertility Enhancement programme, which has for 14 years helped women get pregnant and carry a healthy baby to term. For each couple, she investigates the link between genetic, environmental and lifestyle factors that influence fertility and uses natural medicines to address underlying health conditions, nutritional deficiencies, toxic overload and other factors that may be hindering pregnancy. “Some clients want to address hormone imbalances, inovulation or a thin uterine lining, while others want to increase their chances of a successful IUI or IVF. I’ve even seen cases of secondary infertility, where couples struggle to fall pregnant again after having conceived their first child naturally,” she says. 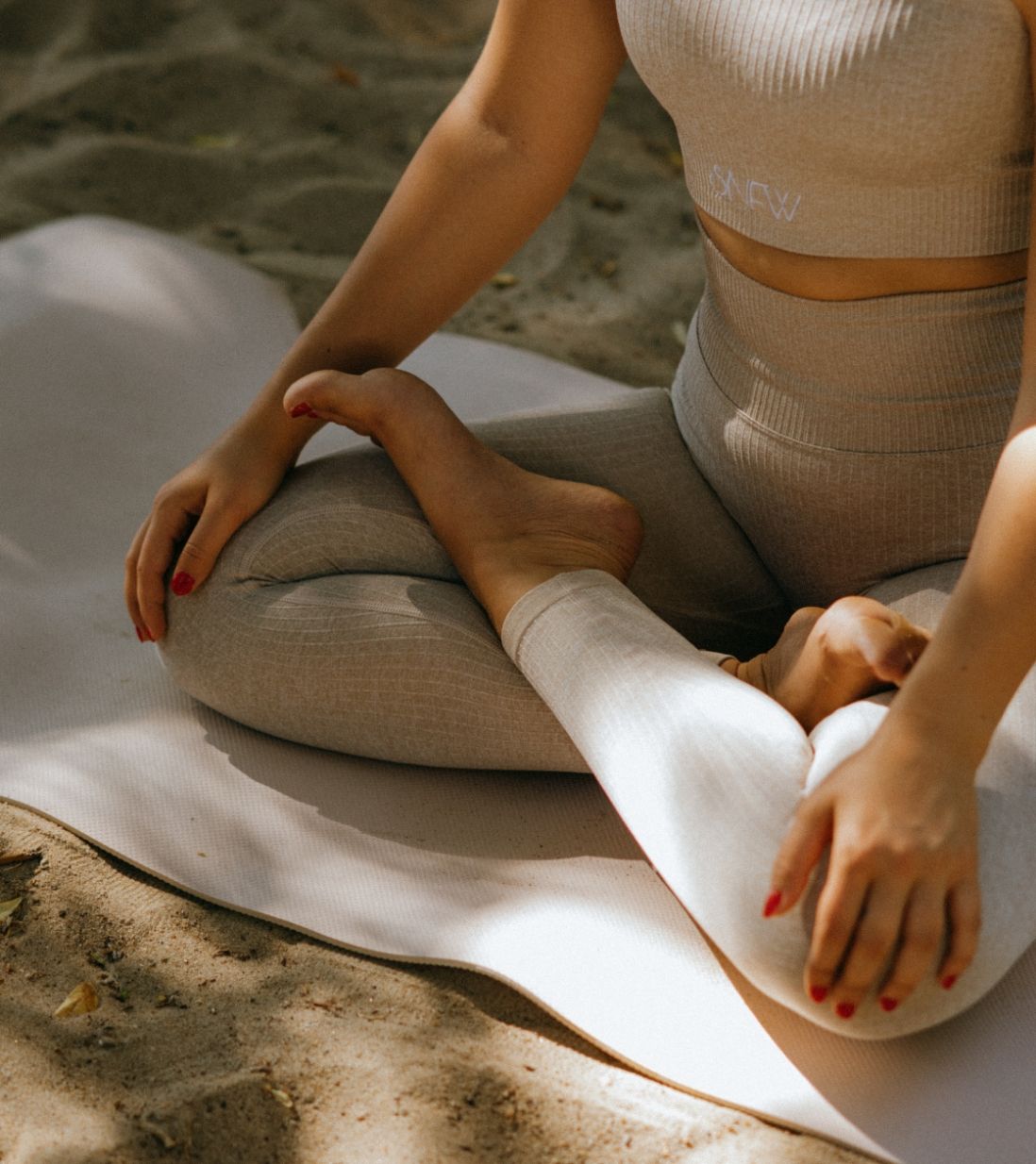 Yik agrees with Chan’s assertion that stress can hinder fertility, and research indicates that excessive stress can affect a woman’s ability to get pregnant. In an Oxford University Journal study in 2014, women whose saliva had high levels of alpha-amylase, an enzyme that marks stress, took 29 percent longer to get pregnant compared to those who had less. Yik suggests managing stress levels with regular exercise, yoga and meditation, although she emphasises that fertility is multifactorial and that stress affects each person differently.

Like acupuncture, yoga can help those trying to conceive, as a form of stress relief. Claire Vandenhoeck, founder of Her Yoga practice, utilises yoga poses in her classes that directly correspond to the four stages of a woman’s cycle: menstruation, follicular, ovulation and luteal. In the follicular phase, for example, the classes concentrate on stimulating the pelvic area to promote the production of follicles and high quality eggs, while during the luteal phase, the exercises are focused on the lower abdomen and releasing tension. Students use apps to help them track their cycle, but Vandenhoeck says you can also jot down your cycle details in a notebook. “Writing it down means you can go into more detail about your exercise, and any physical and emotional symptoms you’ve been experiencing,” she says.

The yoga practitioner offers face-to-face and online recorded classes for those not based in Hong Kong or unable to attend in person. She usually accommodates around eight students in weekly sessions, who are encouraged to practise breathing exercises and certain postures daily, such as the leg up the wall pose, in which you lie down, bring the legs up 90 degrees and rest them against the wall while focusing on slow, mindful breathing from your lower abdomen.

Vandenhoeck says there is an immediate advantage to practising this style of yoga both physically and emotionally. As for how long it takes to impact the fertility journey, it’s difficult to say. “I had student who got pregnant after four or five months of regular classes and practise, but she’d made lifestyle changes as well, so we don’t really know if it was fertility yoga or a combination of factors that helped her fall pregnant,” she admits. Some are undergoing IVF and use fertility yoga as another support. “Around 50 percent of students are doing IVF, or have done it previously,” she adds.

Like Yik, Vandenhoeck believes those trying to conceive should make other positive changes to their lifestyle alongside incorporating fertility yoga into their daily routines. “I think working on your state of mind with a therapist so it’s not so overwhelming and you have the right emotional support along the journey can be beneficial.” 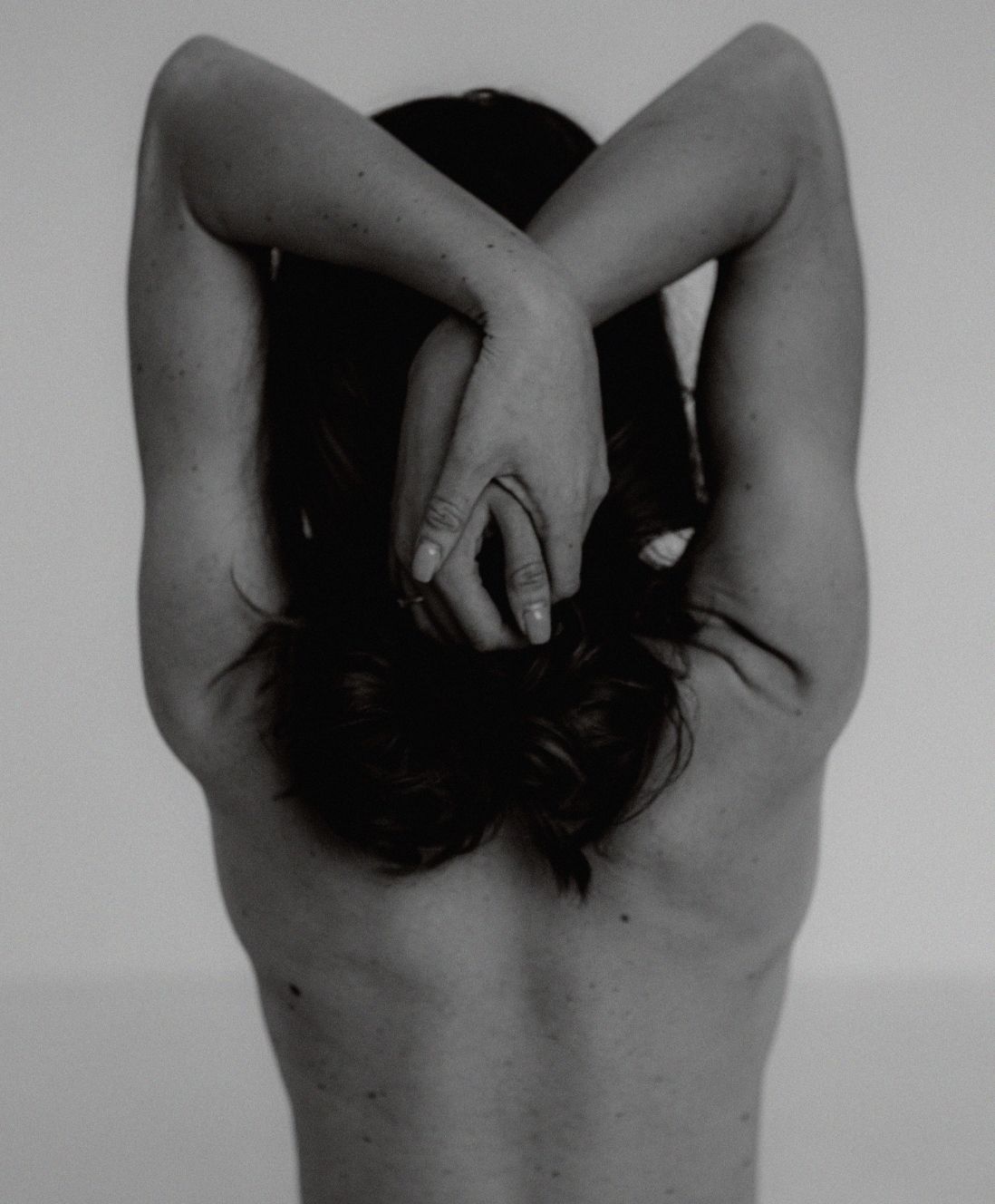 When trying to conceive, good mental health is key. Women who practised mind/body techniques achieved pregnancies at a rate almost three times that of the control group…

according to a 2002 study by Dr Alice Domar at the Mind/Body Institute at Harvard Medical Centre. But many still don’t realise that yoga and meditation can help when you’re trying for a baby.

“I don’t think enough women know about the benefits of using the mind/body technique, and doing yoga, and they’re not aware of how chemicals can affect endocrine structures and fertility either,” says Vandenhoeck. “Through my classes, I’ve learned many women don’t know exactly how their body works, and it’s such a shame that natural techniques, which can be so empowering, are not put forward. If you’re not ovulating, then doctors give you [the infertility drug] Clomid. They are taking women’s power away and making them rely on something exterior to the body.”

Vandenhoeck believes that a fertility crisis is approaching due to the significant changes to our lifestyles over the past 50 years. One couple out of eight will struggle with fertility that is linked to issues like the toxicity of our environment, she says. “I’d like to see women tune into their intuition more so they can find the piece of the puzzle that’s preventing them from getting pregnant, or balancing their hormones.” 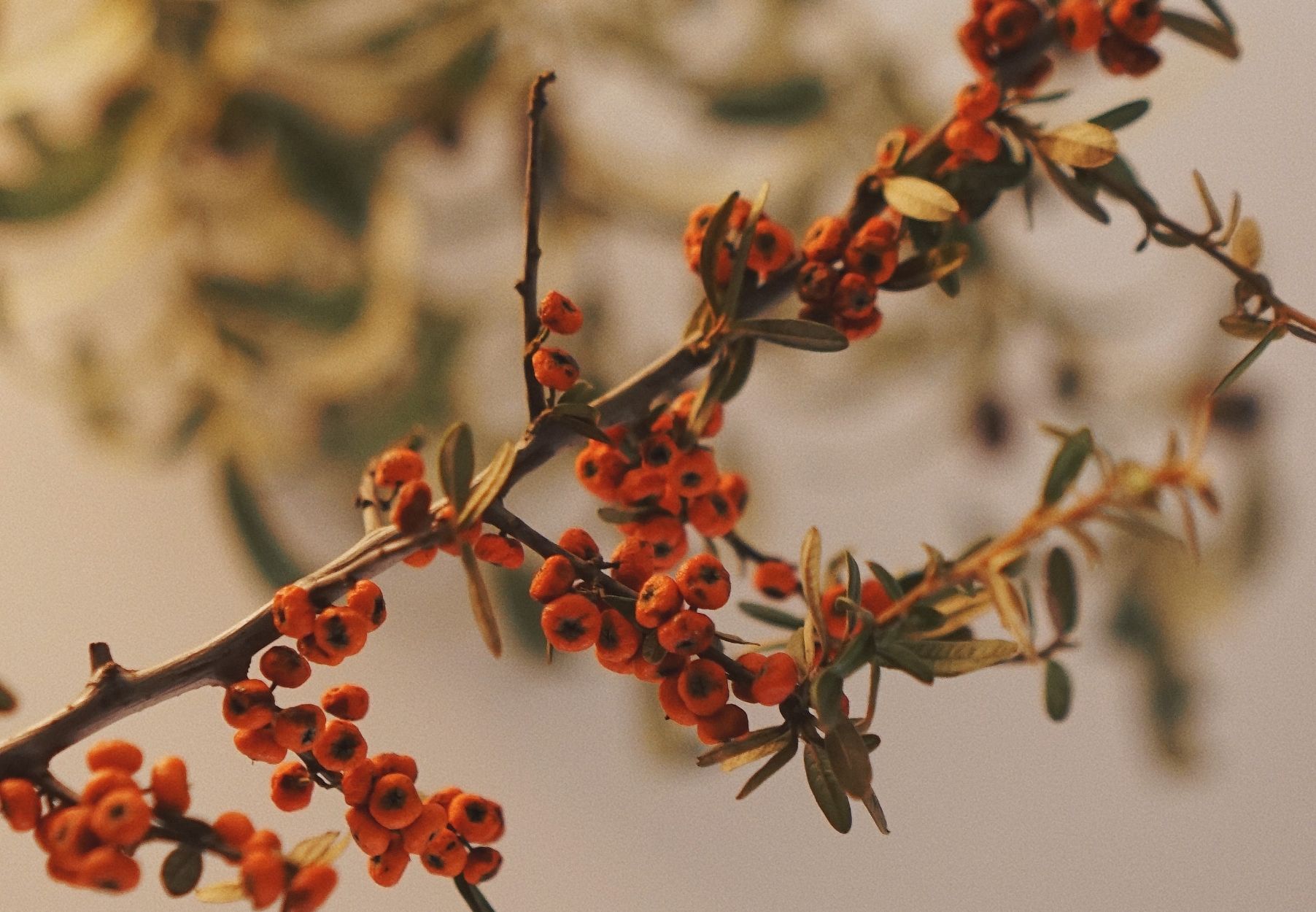 How To: Nourish your Feminine Energy through TCM 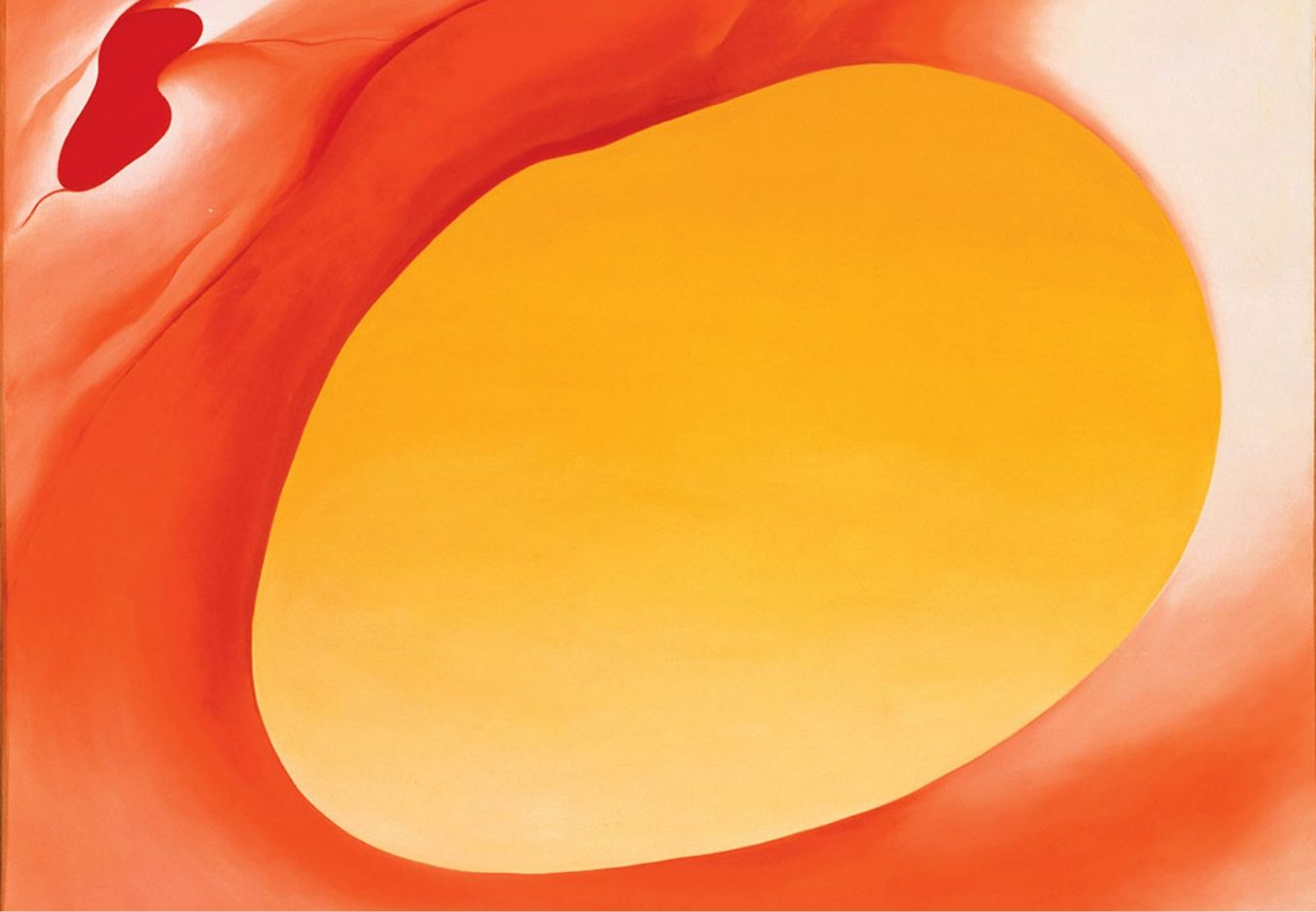 How to Reconnect with Your Womb: Meditation, Massages & More